Episode 07: Tips to Become a Master Facilitator with John Hawley

Episode 44: Growing Your Business Beyond Your Shadow with Vinnie Fisher

Episode 40: How Can I Hit That Reset Button and Be Me Again with Dan Pontefract

This episode welcomes John Hawley, a master facilitator in helping businesses succeed. John learned much of his skills during his time in the navy. Since then, he has been hosting workshops to help businesses get unstuck in their journeys.

John Hawley is a design thinking facilitator who focuses on team-building and process improvement. He spends his time helping companies transform through innovative team-building and strategy evolutions in the in-person and virtual world.

In This Episode, You’ll Learn…

“People are people, and whether you are a group of admirals or a group of c-suite executives, or you are a high school football team, the dynamics of people in groups are, to me, personally, the same.” – John Hawley

“As a facilitator that’s what I do, is kind of even the playing field and make sure everybody is comfortable and safe and has a voice.” – John Hawley

“In order to get the most out of a group of people in any given setting is to have respect for the people that are to the left and right of you, regardless of rank, seniority, background, etc. As long as you respect the setting that you’re in and the people that you’re next to, you’re going to be able to get to a better solution together than you would by yourself.” – John Hawley

“I personally believe that in order to solve the next problem or iterate through the next strategy, or whatever, requires people to treat people like people. It’s pretty simple — culture comes before the strategy.” – John Hawley

“Sometimes you just need to get people in a room and make some decisions.” – John Hawley

“They think the path is X, so they try to lead the workshop towards that, and because they’re in a position of power or social power, they take advantage of it, and they’re getting in their own way really.” – John Hawley

“Sometimes, you need to think inside the box because everybody’s thinking outside the box. You need to have a shift in mindset in where you get your ideas from and how you implement them and all these different things.” – John Hawley

“The motive is not always let’s get better.” – John Hawley

“Culture is to strategy as fun is to culture, in my opinion. So, being able to laugh, smile, joke, play — I mean that is human nature to enjoy your time with people, and that enjoyment brings trust, that trust brings transparency, that transparency leads to the strategy type of thing.” – John Hawley

“I’ve always believed that the facilitator should have a vulnerable side to them, and the humor is mine.” – John Hawley

“You can’t be this person that is closed off from the rest of the group and strong arms everybody, and then be vulnerable and expect people to care.” – John Hawley

“When nobody gets reprimanded for speaking their piece, then the person that would never dream of saying something comes out of the woodwork and says something that is incredibly profound that everybody goes, ‘Wow! Why didn’t we do that? Why didn’t we think of that?’” – John Hawley

We provide every episode in audio, text, and video so you can learn what you need to get unstuck no matter how you learn best. Head to http://unstuck.show to subscribe and view past episodes.

Please log in again. The login page will open in a new tab. After logging in you can close it and return to this page. 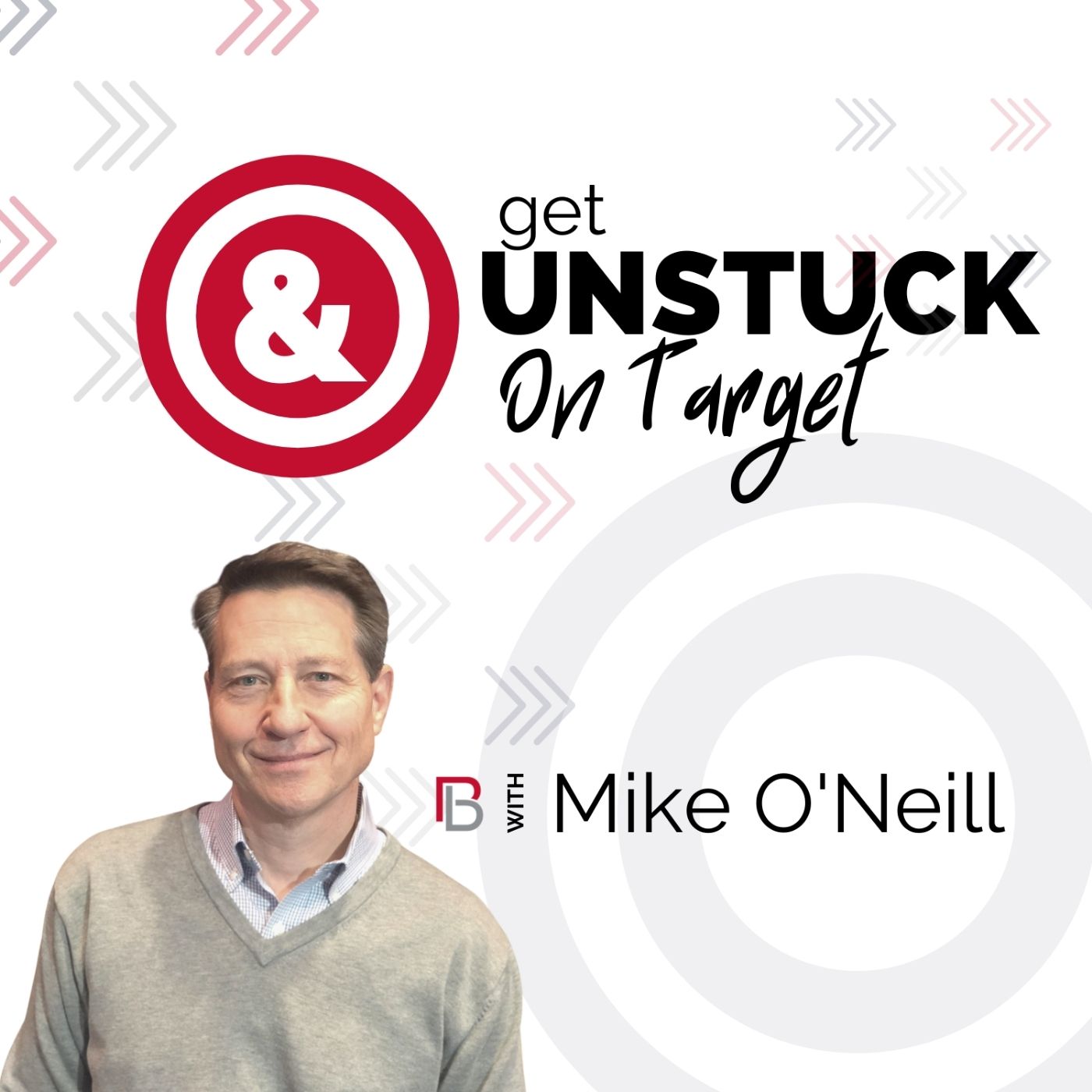 NEW EPISODES EVERY THURSDAY
We're interviewing inspiring business leaders to uncover tips - and tools - to help you break down the barriers that are keeping... you.... stuck.

You have been subscribed.